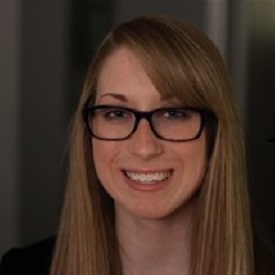 Major: Master of Health Administration and Master of Public Health

Once I arrived in London, and walked to the Underground I was overwhelmed by a swam of people boarding and exiting the subway trains in a hurry at the Heathrow airport stop. Later once I arrived at my stop for my hostel I emerged onto the streets of London for the first time and it was so scenic. The streets were packed with rows of ornate buildings with shops and flats and the ionic British taxis were passing by.

The course connected to this study abroad program is OVST-M491. For the course we read the Ghost Map and attended various lectures and discussions during the week in London lead by public health historians, physicians, and a public health ethicist.  At the end of the week we presented on public health initiatives seen in London.

I traveled with two other students in the program and we arrived a few days before the rest of the group did in London because of this we stayed in a hostel during that time which consisted of four bunk beds and had individuals from all over Europe. Once the program started we stayed in a complex which had units similar to a townhome with three levels including a kitchen, living room, two bedrooms, and two bathrooms. I stayed with four other women in the program and we had plenty of space and had all of the comforts of home.

Everyone we encountered was friendly and helpful during our time there. A great thing about studying abroad in England is that you do not have to worry about a language issue.

I would suggest having at least two credit or debit cards with you incase there is an issue with one. Before you leave make sure you inform your bank that you will be leaving the country so they are aware and wont flag your account when you use it abroad. London is an expensive city so when budgeting make sure to have $50 a day for meals and various other expenses.

If you are doing a Spring Break program then try and take advantage of the weekend or previous week to fly in early before the program starts to make the most of the short time period you have. Takes lots of pictures! Enjoy every minute during your time there because it will fly by.

What do you think you gained from studying abroad?