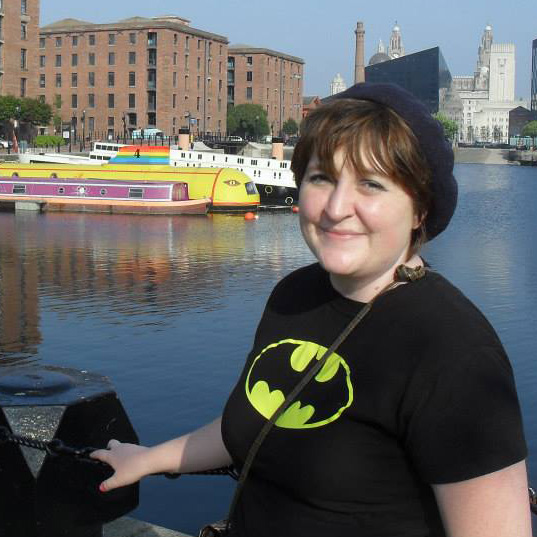 Was your study abroad program as you expected?

Yes and no. I initially planned on doing a lot more traveling than I actually did. I had planned on going to Scotland, but I stayed mostly in England and went over to Wales one day, simply because Wales was just a two hour train ride away, and Glasgow was an eight hour train ride. I wasn’t quite prepared for that. On a positive note, though, the people I encountered were a lot nicer than I had expected! I had always heard from other Brits that British people were not particularly friendly. I didn’t find that to be the case though. Nearly everyone I met was very gracious and answered my questions patiently.

How did the study abroad program fit with your required coursework?

I’m an English major, and what better place to study English than England? I took three classes while in Derby that went towards my English degree requirements—One creative writing course, one literature course, and one film studies course.

What was your first impression upon your arrival?

I was blown away by the beautiful architecture. That was the first thing that really stood out to me. England is a very old country and almost all of the buildings are kept exactly the way they were when they were first built. It was beautiful to look at, especially since we don’t have very many old buildings in America. The cathedrals and cobblestone roads were my favorite. Looking at the English countryside while riding the coach from London to Derby was wonderful too. The English countryside is still some of the most beautiful countryside I’ve seen to this day.

What type of housing did you stay in?

I stayed in the university dormitories, which were scattered all throughout Derby. My building was Sir Peter Hilton Court, which was located just behind Markeaton Brook. Derby is supposedly very haunted, and I heard tales that the bridge I would cross every day to and from university was once the site of a woman throwing her baby into the brook. I’m not sure if that’s true or not, but it added a level of macabre history to the little place, that I thought was interesting. We all had separate rooms and there were two toilets and one shower, and in each of our rooms we had a sink and a desk. Since the building was very old, the electricity was very wonky, and if you plugged anything bad into the outlets, you would have no hot water. I remember our dorm (or “flat” as they call them) had bought a toaster with bad circuits that flipped out every time it got plugged in. There were definitely a few times I had to go to early morning classes without showering because I had no hot water!

What kind of advice can you give someone when planning for a study abroad experience?

Don’t over plan, because plans are going to change. Be flexible and learn how to just take things as they come. This is a good lesson for life in general, but definitely a good lesson for being in a foreign country by yourself! Also, no matter how prepared you are, you will experience some degree of culture shock, but after the first month or so, you will settle in and begin to see the new place you’re living as a good place to live. You will become so used to it, in fact, that when you return home, you may even experience “reverse culture shock.” Just be prepared for this, and know that it will pass.

What type of additional travel did you do?

I tried to go to a different town at least once a week just to see what things were like around that area. It didn’t always work out because things come up, and there were some times I was stuck in Derby for the weekend. But I did get to see other cities and towns that I had wanted to see. I went to London and saw all the cool things there. I went to Liverpool to see all the Beatles related things, and also to meet a pen pal of mine who lives there! I went to Cambridge to see their old schools. I went to Cardiff in Wales, to see Cardiff Bay, and it was stunning. I went to Nottingham for a Christmas Market. I went to Leicester, just to have a look around. I went to Manchester to see a concert. I went to Leeds to visit another pen pal of mine who lived there. I even went to a very small village outside of Birmingham called Tanworth-in-Arden, just to see the gravestone of my favorite singer! All of these places were different, but also beautiful and wonderful in their own way!

What was it like talking and interacting with the local population?

Since we all speak English, it wasn’t too different. But they still use some different words for things than we do. When I went to Manchester, I sat in gum and ruined my pants, so I had to get a new pair. I was talking to my flat mate about this, jokingly, and she had an awkward, horrified look on her face. Then she patiently stopped me and said “Wait, by ‘pants’ do you mean trousers, or your underwear?” Because they say “trousers” for pants, and “pants” for underpants. So I had to assure her that I had not been sitting on a sidewalk in Manchester in just my underwear. The British people were very nice, and it turns out they love Americans and American culture as much as a lot of Americans love British people and culture. As soon as my class mates heard my accent, they would excitedly ask me all sorts of questions about America and ask what I thought about England. I thought that was interesting because I had always thought how amazing it would be to live in England, not realizing that to some people in England, it would be amazing to live in America. So it did make me appreciate my home country a little bit more. Derby is also very diverse. I met so many people from a lot of different countries. Most of my flatmates were actually from Brazil, and my first day with the international students, I met a girl from Russia. There were also people from the church I went to while there who were Polish and African. It’s a great place to visit if you want to expose yourself to a lot of different cultures.

Did this trip reaffirm your career goals?

Funnily enough my concentration in my English degree was in creative writing when I went to England, and my minor was in film studies. But it was taking my film course there (British Cinema Since 1960) that made me realize how much I love film and love writing about it and talking about it and discussing it. My film teacher in England told me during a meeting with him for my midterm paper that my work in the class was impressive, and that I “for an American, seem to know quite a lot more about the films and culture than some of your classmates who grew up here.” When I returned to America, I switched my concentration to Film Studies, and I’m glad I did! I’m hoping that I can do something in regards to film criticism or film making. And my time studying in Derby helped me realize that.

I had done some research on Derby prior to studying abroad. So I was expecting a quiet city-town. But it was actually a lot more exciting than that. Every Saturday when I would walk around the city centre, there always seemed to be some sort of street fair or performance going on. They once had folk dancers, another time they had a craft fair, and one time when I was walking back from the train station, I even saw a man dressed up in a nun suit driving a piano down the street. It was a fun place to be.