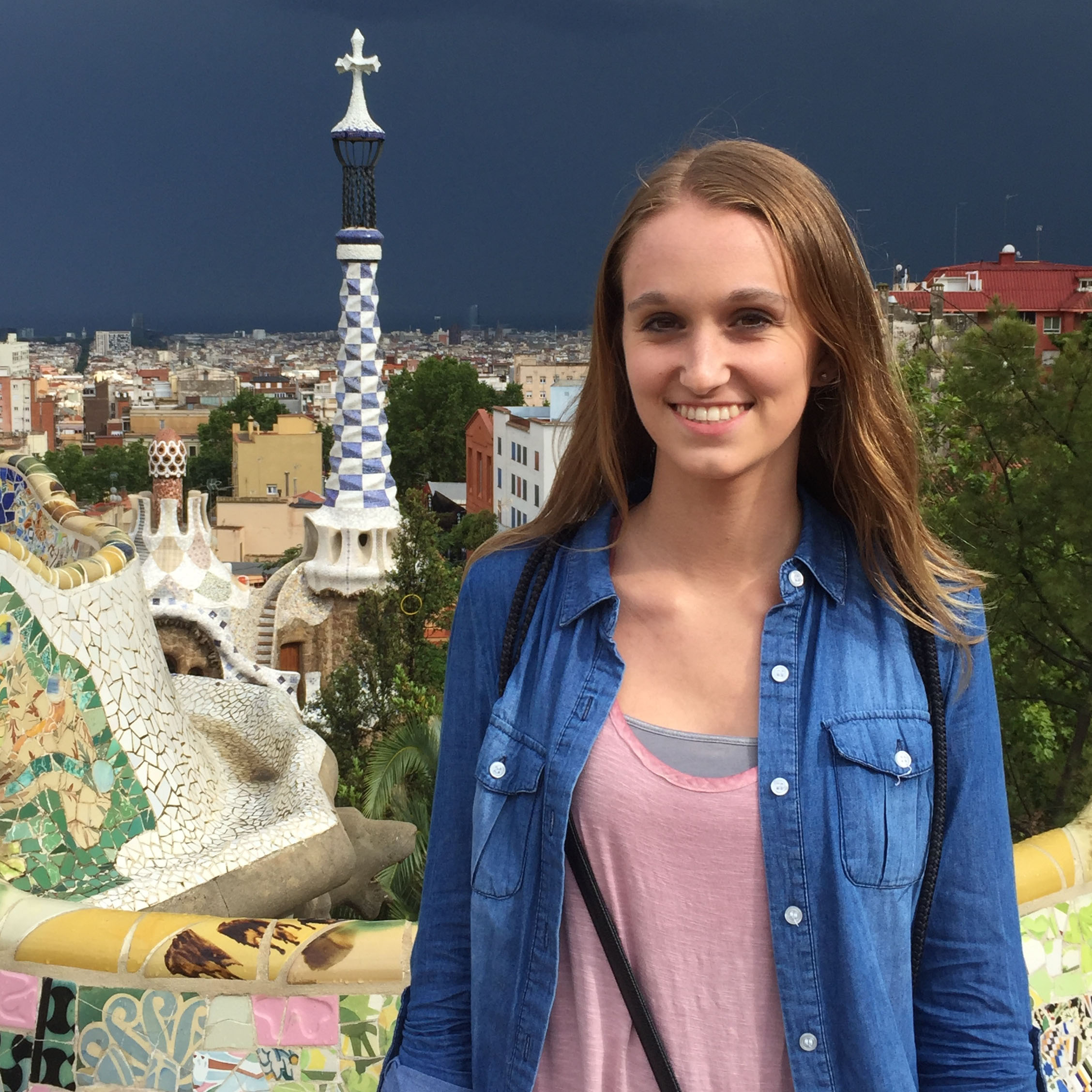 How did the study abroad program fit with your required coursework?

I stayed with a host family in a small, two-story house.  The kitchen was small, but they had a big living room.  My host family also had a pool!  However, despite the daily temperatures being in the high 90’s/low 100’s, they refused to open it until July because they said it was still too cold!  I find that funny and don’t understand how that’s too cold.  My house was on the far east side of the city.  From talking to my friends and the rest of the people in the CIEE program, I believe that my house was the furthest from the university and plaza.  I usually used the bus for transportation.  Also, I was the only one that lived in an actual house instead of an apartment.

I did apply for scholarships, but I didn’t get any.  I think the most expensive part is if you want to travel outside of the autonomous community of Madrid.  One of the best things CIEE provided for us, that was included in our costs, was a transportation card that was good for one month.  I definitely made good use out of mine with riding the bus to school each day.  The card has a chip and all you have to do when you get on the bus is touch the sensor.  The card works anywhere in the autonomous community of Madrid, plus a few cities right outside Madrid.  It works for the buses, train, and metro.  My friends and I took advantage of having this card and saved some money by doing a lot of our traveling within Madrid.  Also, make sure you bring your international student ID with you.  Sometimes you can get discounts.  A ticket to the Prado Museum is usually 16€, but with your international student ID it’s free!

After class I would go home and have lunch/siesta time, then I would usually meet my friends in the plaza.  We would explore the city, look through the shops on Calle Mayor, eat tapas, and sometimes there were festivals going on.  There were also several times we went to Madrid because it’s just a 30-minute train ride.  There is so much to do in Madrid!  I went there at least 7 times! On the weekends I went on day trips and my host dad always made me a lunch to take along.  I went to Madrid, Toledo, Segovia, El Escorial, Barcelona, and Zaragoza.

Overall, the locals always seemed really nice!  Sometimes you have to initiate the conversation because they don’t know that you can speak Spanish. I feel like I didn’t really experience as much culture shock as I thought I would.  I think studying the customs of the Spanish culture before my trip definitely helped.  However, there were a few cultural differences that I knew about beforehand, but experiencing them was still eye opening.  One of the main cultural differences that I experienced is the attitude towards bullfighting.  My host dad absolutely loves bullfighting and he would always invite me to watch it on TV with him.  After one of the fights, he asked me what I thought of it.  I thought it was really disturbing, but I didn’t want to be rude or offend him, so I said, “Well, I’m really not a fan of all the blood.”  He responded, “OH! No, no, no!  It’s not blood!  It’s paint!  It’s a painting!  It’s so beautiful!”  Other than the bullfighting, I mainly just found myself missing my family.

I definitely learned a lot more about the Spanish culture, which is helpful for me because I plan to be a Spanish teacher.  I also became more confident with my Spanish-speaking skills. (I also learned how to navigate the metro, which was a lot easier than I expected!)